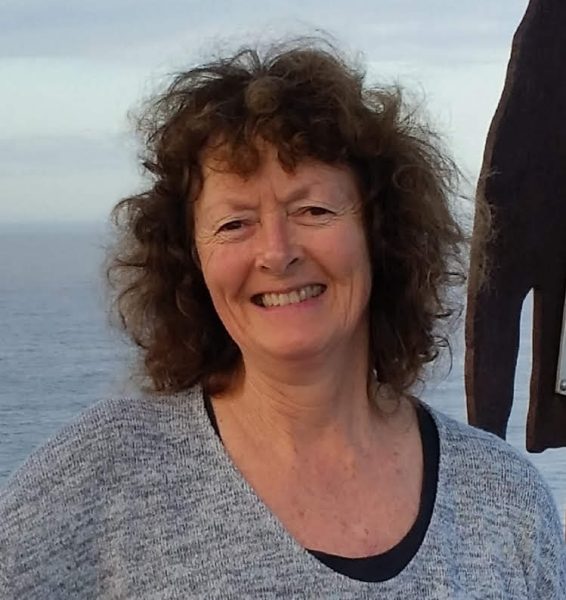 Gwendolin attended the Swinburne College of Graphic Art and Design (Melbourne) in the 1960s and began her art career in the Graphic Art industry in Melbourne.  Ten years or more in this career saw her designing and creating for clients and commercial applications.  She later studied a Diploma in painting and drawing and the love of creating and designing was never far for the next 30 years .

In 2001 she studied a degree in Fine Art majoring in painting at Newcastle University.

Living in Newcastle, NSW I find my paintings are influenced by the working harbour, the port, the surrounding coal ships and the everchanging scenery which is seen within it in on a daily basis. I find the architecture of the giant ships and the enormity of the coal industry within the harbour a fascinating series of subjects to work with.  She works as an arts tutor and holds workshops throughout the Newcastle region.

Styles can vary from colourful graphic images to moody pastels with industrial feel.

Gwendolin works from sketches and digital photography in the studio and paints in either oils on canvas or soft pastels on paper. Teaching a class of 6 to 10 students once a week requires study to present new material for each class. Overseas residencies have included Cornwall and a recently completed 5 week residency painting at La Macina in San Cresci Tuscany Italy.

She currently paints at her own studio in Mayfield, a suburb of Newcastle, NSW.