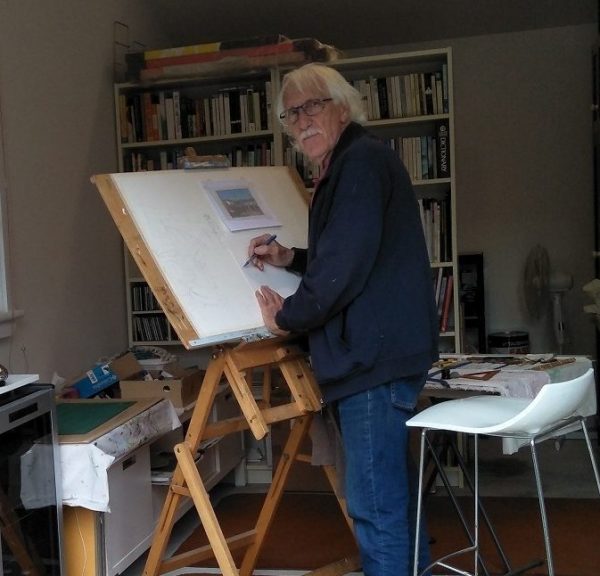 Lawrie was born in London and trained in fine art and graphic design at Ealing College of Art, along with a number of once famous 60’s “rockers”. After leaving art college he worked in advertising in London for a number of years before migrating to Australia, after a particularly cold, white winter.

His working background is that of forty years in the advertising industry as both art director and creative director. He worked on many major advertising campaigns and written many television commercials – even directing a few. He worked extensively throughout Asia in countries such as Malaysia, Vietnam, New Zealand and China.

For most of this period there was little time to seriously develop his painting skills, although drawing and graphic design was a big part of his working days.

Lawrie has always had a latent interest in things marine, the grace of sail and the rust, rivets and the enormity of ships old and new and their paraphernalia. He is a fairly disciplined artist and enjoys the fine work involved with things mechanical while, at the same time, looking to bring atmosphere and interest to his work, and make the power of the water and its reflections a natural contrast to things mechanical.

Some years ago, when he returned to Australia, he returned once more to art school studying life drawing and watercolour for several years at the Julian Ashton School of Art. It has been a natural development to return to painting which he enjoys for both creative and personal reasons.

Lawrie lives in the Southern Highlands of New South Wales in a beautiful bush setting where he has his small studio.