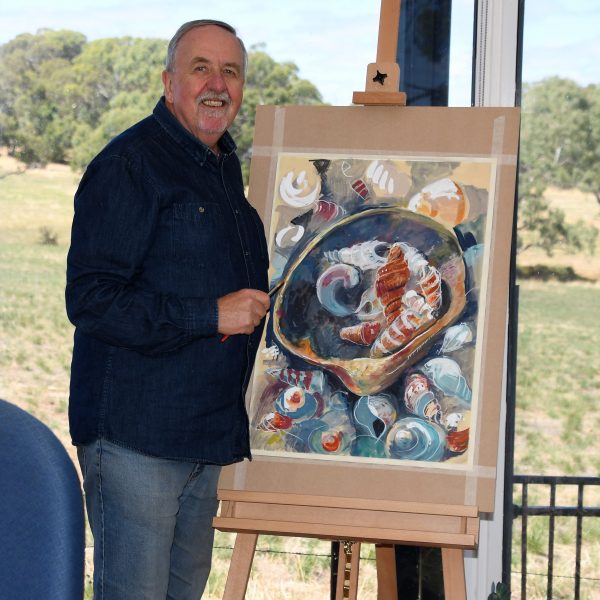 Don is a Liverpudlian and spent many hours walking the Mersey docks with his seafaring uncle in the 1950s and 60s as a child.  He trained in Graphic Design and Illustration at Liverpool College of Art and at the Harris Institute, Preston in the late 1960s.  Don was a freelance illustrator and graphic designer and became a secondary teacher in the mid-1970s and has managed to continue both along the way and immigrated to the Adelaide Hills in 1983.

Don uses any medium but tends to prefer watercolour, acrylic, gouache, pen, ink and pencil.  He is currently flirting with sketching on the iPad.  His latest project is to produce a visual study of the Finniss River in SA which involves working from a kayak.

Art Philosophy: “Drawing is the key – the best painters and sculptors are proven draughtsmen but apart from anything else it is great fun! If you can’t draw then learn how (you can be taught to draw)”.

In the past ten years Don has sold work at every exhibition he has entered.
Plus numerous illustrations in a myriad of publications over the years.